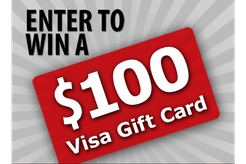 FOR IMMEDIATE RELEASE
New album will bring heroes together to showcase their musical talents
A new album project, featuring a major name in country music, will both highlight and raise funds for veterans wounded in combat.
“Warriors: The Album,” to be released on Pearl Street Records, is being developed as a joint project of the Wounded Warrior Program and the South Carolina Entertainment & Music Hall of Fame to provide veterans a chance to showcase their musical talent.
Award-winning Legendary Country singer/songwriter Zack Turner (ZackTurner.com) is working with producers to help craft the warriors’ words into songs.
The project is in the fundraising stage, and organizers are asking for the public’s help in supporting the album by ordering “Warriors: The Album” t-shirts, dog-tags and more. Proceeds will go to the project and the Wounded Warrior Program.

Producers are also looking for upstate South Carolina veterans who are alumni of the Wounded Warriors Program to tell their stories for a “Behind the Making of ‘Warriors: The Album’” documentary about how the program has helped them.
Veterans interested in participating in the album or the documentary can go to warriorsthealbum.com for more information and contact producers.
The Wounded Warrior Program's primary goal is to provide meaningful employment to our nation’s wounded warriors.

We team up with local non-profit organizations to help give back to the community by running deals with local businesses, charity sweepstakes, charity raffles & charity auctions & pledge-a-thon fundraisers.

GreenvilleDailyDeals.com is the best place to find deals, fundraisers, and charities. You can have deals text and emailed to you as well!  Greenville Daily Deals is produced by the South Carolina Entertainment and Music Hall of Fame a non-profit organization. 501(c)(3)2019